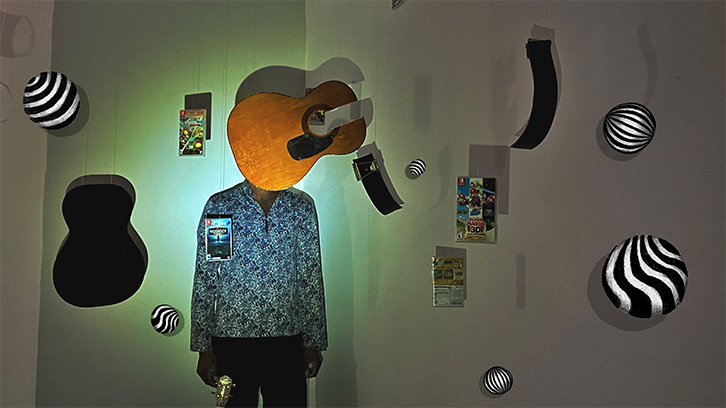 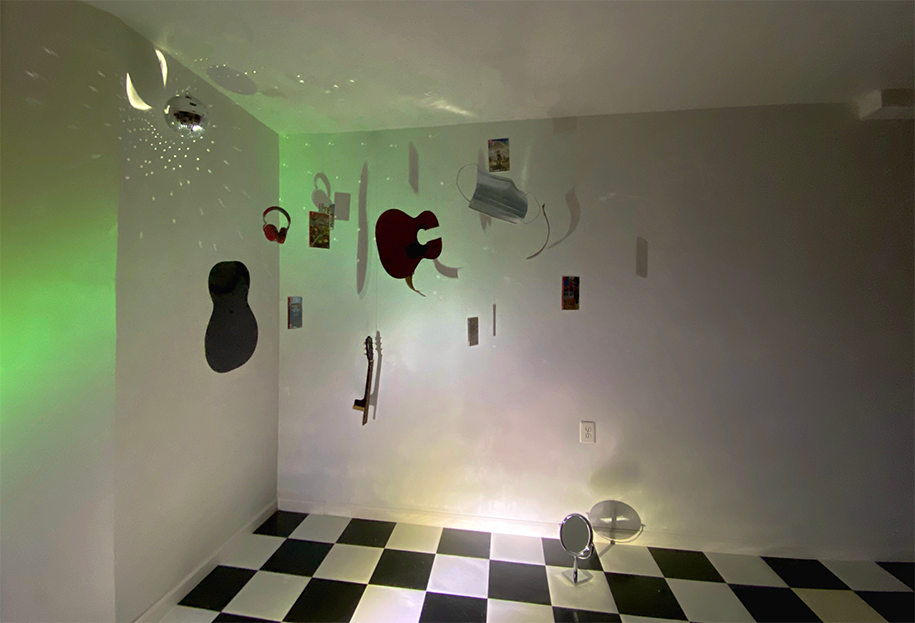 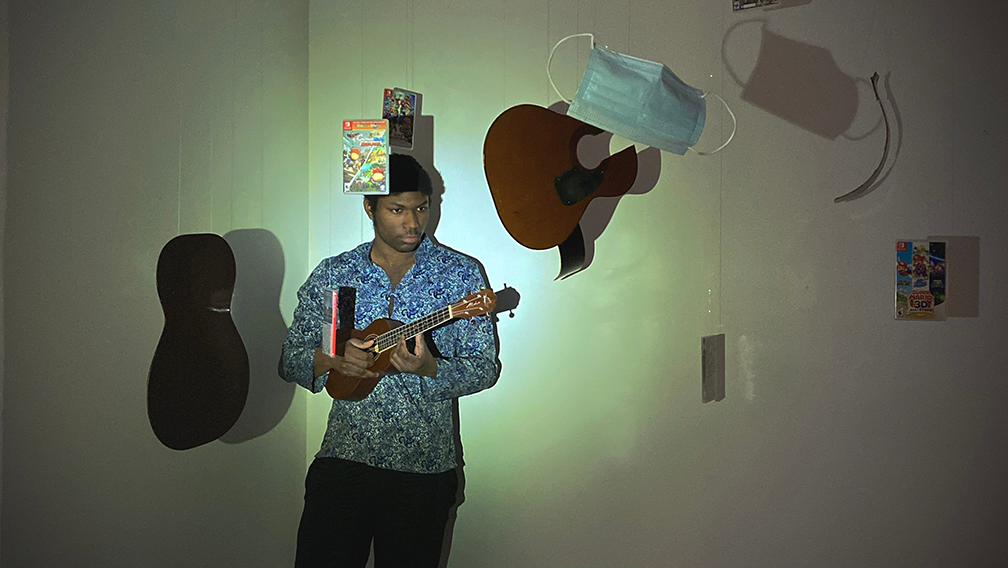 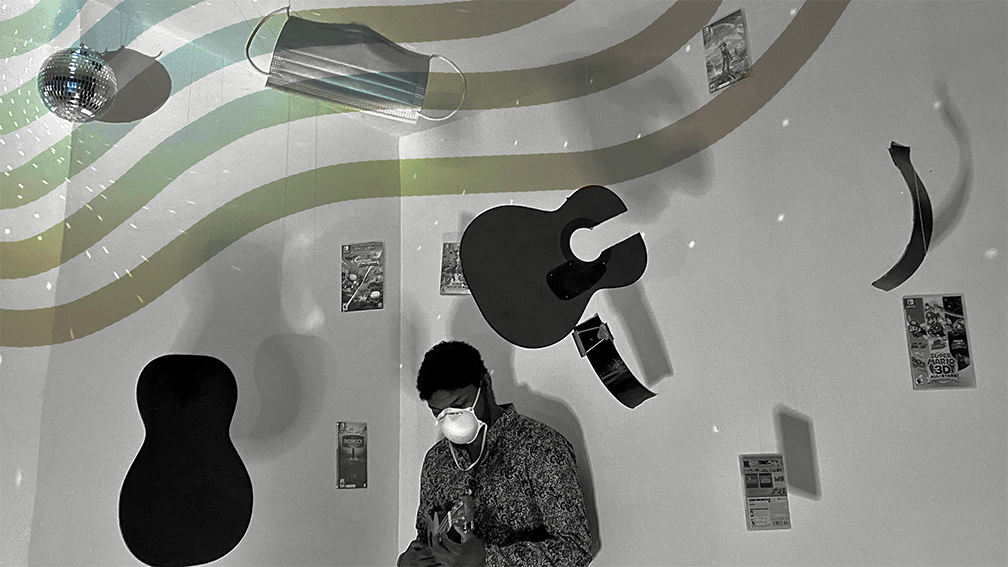 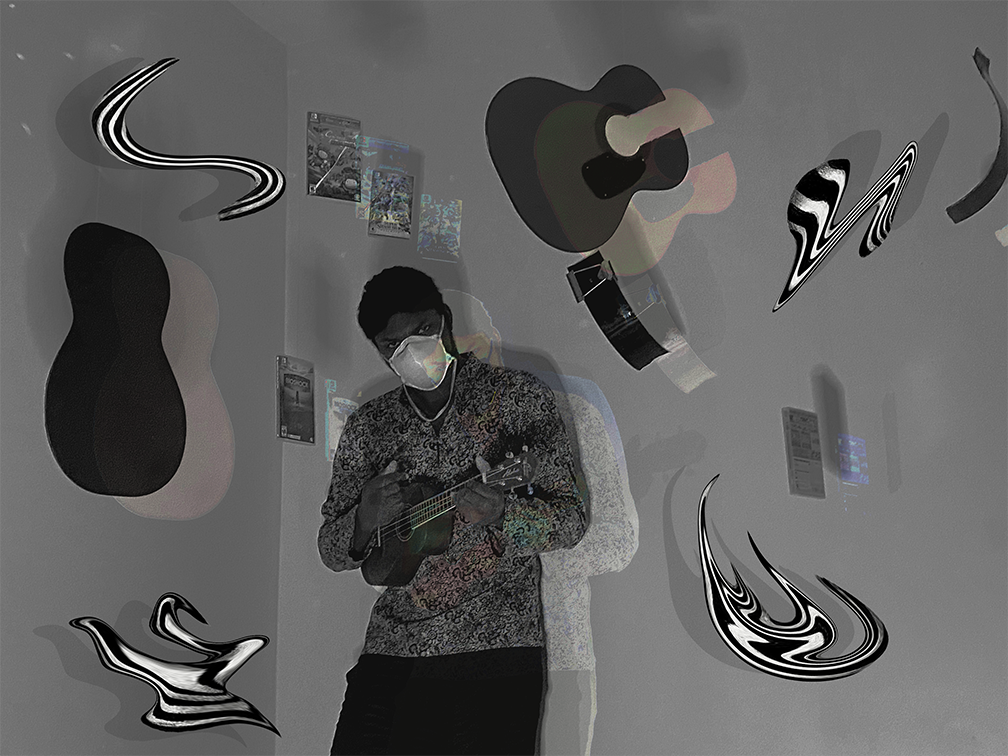 This photo series depicts my brother, a musician who goes by AYND (sometimnes stylized as "&nd").

For this shoot, I wanted to create a space that represented our state of life during the pandemic– a bit frozen in our own little worlds, a bit frozen in time. I also wanted to think about what it really means to exist in a confined space and manipulate those boundaries while showcasing his character. The objects I chose were based on a few of the elements of life he seemed primarily consumed with at the time: games, music, covid safety. It’s crazy because the illuminating green tint was due to a green piece of fabric that had fallen over the flashlight. For the portraits, I asked him to be himself and do things that felt natural, and the fact that he opted to wear a mask and decided to play his ukelele in some of the photos made me feel like the set was well-suited. The piece is meant to feel like a dream-like illusion, representing the idea of “existing in the balance” of the activities that keep you sane and using them to expand your own perception of the world around you.